The original rational for a domestic discipline lifestyle was two fold.  Number one, we both enjoy BSDM and in particular spanking – usually C topping, but we still switch occasionally.  Number two, and this was probably the overriding factor was that C was getting more and more pissed off with doing all the housework herself and spat the dummy out about this one day.    The concept was then born, if I don’t pull my weight about the house then she gets to punish me.

We started with a quickly written contract put together in about an hour – the original contract was to run for one month.  A month when we had our house to ourselves and had lots of opportunities for the discipline.  At the same time I created a WordPress blog, I had looked at Blogger but don’t like the idea that I needed to have a Google account to operate a blog – I have one, but thats not the point.  I like WordPress and run an instance of it on my own domain as well as mirroring what’s on here on my laptop.  The blog opened with Introduction on 3rd November 2011 and closely followed a few hours later with Contract. Contract has since been superceded with the Contract page which is kept upto date.

At the time of writing we’ve had 37149 views which is by far in excess of anything I had dreamt of.    Our busiest day was 23rd December 2011 when we had 1023 views.  That was the day that Bonnie from My Bottom Smarts added us to her blog lists.  Since last November, our monthly average views has been increasing starting at 4500 and now at 7000.  That is, apart from a lull around Feb/March.  There was  reason for this a we explained here.  It still took a bit of time to get back into the DD way of things.  A domestic discipline lifestyle takes effort and comittment to make it work.  C is not a natural HOH and has far too nice a personality to be a 100% HOH bitch.

Apart from the home page, the top ten viewed are pages: Gallery, Implements, Thursday Punishment, Contract, Humbler, Discipline Diary, The Punisher, Sunday Morning Spankings, Another Tawsing From Mistress.  The Gallery and Implements, Contract are and Humber are obvious as they are pages and have been around from the start. Its nice to see that Discipline Diary is up there as it was a relatively new creation from around late April but has a quarter of the views that the Gallery has. Thursday Punishment is a a complete random post but has 20% more views than The Punisher which was about a proof of concept gadget I knocked up over the holidays.  It still has 10% more views than Sunday Morning Spankings.   That’s still one on my favourites as it has C ‘s bare ass displaying a lovely stripe that I laid on her hard.  That was a turning point in her attitude to HOH and makes that post worthy of the top ten.  The Thursday Punishment was interesting too as C gave a reasonable spanking that day and announced that she was serious was discipline.  The all time lowest viewed post was Site Down which was meant to be a tongue in cheek comment that a maintenance spanking was underway.  The lack of subject, tags and overall words probably means it doesnt match any search engine searches.

The commonest search terms that hit the blog are generic spanking / BSDM terms including one of more of the following words: Mistress, Spanking, Discipline, Caning, Tawse, Implements.  The next set are still spanking oriented but are more specific and are things like “spanking boyfriend”, “perfect spanking position”, “firm handed disciplinarian”, “3 tailed lochgelly tawse”, “severe spanking with tawse by mistress”.   These are good because these are exactly the kind of searches we want Google et al to send there.  The next set are all spanking too but are for a specific web site: “disciplined boyfriend”, “disciplined behaviour”, “strict julie spanks”, “my bottom smarts”  – these are good too, especially the first one!  The remainder of the links are more BSDM and Chastity and are searches for humbler, cbt, chatity+punishment, cb6000 either alone or with the word spank, discipline or punishment.   My overall favourites are “sexy tawse” because of the mental image that flashed into my head, “neck between her thighs spanking” which sent a delicious shiver down my back and “instructions on how to make a humbler”.  I like that because it is the most accurate search string that we have and it reminds me, I need to post instructions on how to make your own humbler.

The most clicks on our blog, with the exception of internal links, go to Strict Julie Spanks – don’t mess with this chick she’s well bad without pissing her off too. Next are the networks of spanking blogs: All Spanking Blogs and Spanking Bloggers Network. Then there’s the fellow bloggers at Disciplined Behaviour, Consensual Spanking, Respecting Mistress. Bottom Smarts, Ronnies Soul and Hermiones Heart.  Of the suppliers, top of the list are the specialised suppliers Quality Control, John Dick Leather Goods, The London Tanners and MC Customs followed by the more generic sex shop suppliers Love Honey and Ann Summers.  A few of you have looked at Twitter, Gravatar and three of you looked at Just Ottomans and one went to Filofax.  Overall no surprises there – guess people goto Gravatar to find out more about myself and C and see if there’s any more photos or methods to contact us.  I really need to update my profile too.

We’ve had a few polls – the first asked if you wanted to see pictures of spankings and discipline and the answer was a 100% yes vote.  We responded with the Gallery page and bought a new camera specifically to take such photographs.  C usually takes one or more after a punishment – she’s just not good at putting them online.  Maybe a spanking would focus her 😉     The next poll asked how C should spank in future: Harder; More Strokes; As long as it takes; Lighter; Less Strokes.  50% wanted harder, 30% wanted more strokes, and 22% wanted as long as it takes.  People were allowed to vote on more than 1 and did so – nobody wanted lighter or less strokes.  Guess I’m not really surprised by that too, you guys must really think I need really long hard punishments.  I’m glad to report that C didn’t really listen to your views and carried on as she sees fit.  She is gradually punishing harder these days and she gets more into the HOH role.  The other poll we asked you if you could influence C, what implement should she use next: Dragon Cane; Mistress Strap; 3H Tawse; Loopy Johnny; Black Leather Slapper; Dominator Strap; 2M Tawse; Glasgow Strap, 2H Tawse or Riding Crop.  25% wanted the Dragon Cane, 15% wanted the Mistress Strap, 3H Tawse or Loopy Johnny, 10% wanted Dominator Strap, 2M Tawse or Glasgow Strap. Nobody wanted the 2H tawse or riding crop.  That was a shame, because C really wanted to use the 2H Tawse next and start getting good with it and that’s exactly what she did.   I think I’m going to add another poll soon – don’t know what it’ll be about yet, but its good fun seeing what you guys think.

Overall I’m happy with the way the blog is – for us, me especially its an extra way to express my thoughts and feelings to C without specifically sitting down and trying to say something thats difficult to say in a casual domestic situation.   Its also a good way to give feedback to C about her punishments without sounding like I’m marking her.

Its time to go and in the spirit of maintaining my discipline, here’s a poll

This site uses Akismet to reduce spam. Learn how your comment data is processed.

I'm the Other Of the House (OOH) in a domestic discipline relationship. Feel free to leave a message about the DD lifestyle. 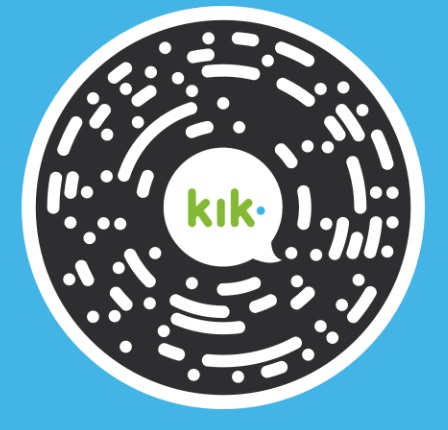